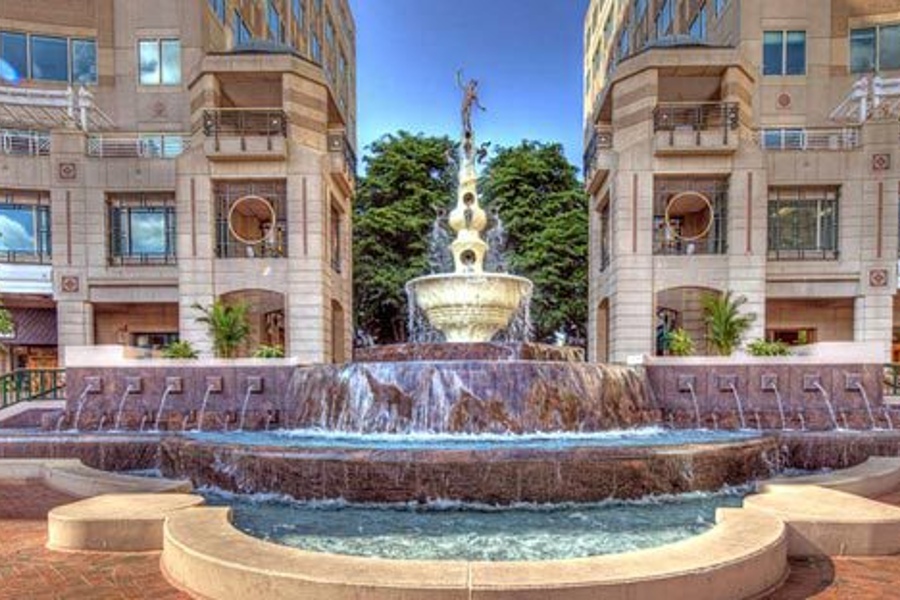 With a population of 60,000 people and located in one of the most northern regions of Virginia, Reston is the most populous city in Fairfax County and has a unique and rich history. Influenced by the Garden City Movement, Reston was conceived as one of the first post-World War II planned communities in the nation. Reston gets its name from the initials of its founder, Robert E. Simon, who wanted to build an alternative to the typical suburban sprawl seen after the war and create a community which would allow residents to live up to its motto to “Live, Work, and Play” all in the same environment. His master plan focused on carefully constructing a town that would allow for beautiful and practical residential areas, the conservation of the farmland and woodlands in the area, and focused on walkability and accessible amenities. Today, living in Reston is popular because of it’s expanse of parks, neighborhoods, restaurants, and retail shopping , all of which helped to make it ranked as the Best Place to Live in Virginia by Money magazine in 2018.

There are five neighborhoods, or Village Centers in Reston, which each live up to Simon’s vision for the community.

Lake Anne: Lake Anne was the first town built in Reston, is the heart of the community, and today it is recorded on the National Register of Historic Places. Lake Anne is a vibrant community with weekly farmers and crafts markets, as well as events such as annual jazz festivals and community yoga. With a unique architecture style, Lake Anne mixes Brutalist designs with aspects from European architecture seen in coastal towns such as Portofino.

North Point: This is Restons newest town center, which is home to some of the larger homes in Reston, as well as a myriad of property types including condos, as well as detached homes. North Point has a rich culture with strong community pride. One of Reston’s four lakes, Newport, is located in the village.

With nature being one of the main founding principles, Reston is verdant with a vast network of trails and parks with over 55 miles of biking and jogging pathways, 250 acres of woodlands and open space, plus the 45 mile-long Washington and Old Dominion (W&OD) trail built along an old train specifically for pedestrians and bikers. Reston has two golf courses, 16 tennis courts,15 swimming pools, and 4 manmade lakes, as well as a 30 acre family zoo to promote family-friendly interaction with animals. Both Fairfax County and the Reston Association, a nonprofit organization, provide municipal services to the community.

Because of its core principles, Reston is one of the most walkable cities in Virginia. It is also located near Dulles International Airport and in close proximity to the Dulles Toll Road, which connects to Washington D.C., allowing for fast connection to the city. Reston also is served by the Metro’s Silver line. Reston has an internal bus system (RIBS) which provides regularly circulating routes between each of the five village centers as well as Fairfax County’s bus system, the Fairfax Connector, and Metro Buses which connect commuters to Metro station and other areas throughout Fairfax County.

If you are interested in making Reston your home, Choice Property has available and accessible professionals who specialize in ensuring a positive rental experience. Contact us today to learn more.